I was born in Sá da Bandeira, I was the fourth generation living in colonial Angola. As all traditional Portuguese, we were born catholic and were meant to be faithful to our customs and die catholic. At the age of 6, with the Portuguese colonial war, we all had to tragically flee the country and start a new life elsewhere all over again. We eventually settled in Portugal.

I began searching for God at an early stage.   I had a lot of unanswered questions,  I spoke to several priests, all they told me was that I had something special inside of me.

As I pursued my search for God,  I once visited a priest with  a “special calling”, as they told me,  I was about 17 years of age.  I asked him many questions, he tried to answer in the best he could.  He told me then, I see you have a calling inside of you, God has a special plan to use you.  He then told me something very interesting and powerful! He told me to go home and pray to Jesus, that He would reveal Himself to me.

I certainly did that. In fact I was already doing that, hence the reason I went to visit that priest. I remember going as a youngster to the Catholic Church with my mother and father, and I went empty and left empty… It was too much of a religious set of words and actions.That wasn’t what I was after. I was after God. If God exists, I said, I want to know Him!

And I pursued that prayer: “Lord Jesus, reveal yourself to me.  ”I went to the army when I was 20.  One day  I sat at the tuck-shop, having a beer with a friend, Stelio,  that lived in the same city as I in Leiria.  Somehow the conversation lead to religion, and Stelio said to me, that he used to go to church. I asked him about God, what did he believe in.  His words to me were “ the experience I have with God, I can’t explain to you. You have to experience God, yourself.”

I was AMAZED with that thought! I told him, that was what I wanted.  He promised to take me to his church on Sunday.  That Sunday, I was spending the weekend at my parents, and he came and  pick me up with his pastor.

They took me to a place, that wasn’t what I was expecting. I was expecting a big building,  some form of a  cathedral … but no. It was just a small hall on the ground floor of a building.   I was a bit uncomfortable… But I couldn’t really go back…

As I went in, I was attracted to the praise, the freedom, the form of praying to God as a father, as friend.  At the end, I went forward and received Jesus Christ in my life.  After that, one lady came to me, and congratulated me saying, I feel that you have a calling of God in your life.  Another lady came to me and said exactly the same, and said, God is going to use you.

My life was changed from that day on. I was excited! I just wanted to learn about God. The next day was  Monday and I was back in the army.  At 7am,  I found myself sharing to my friends what happened to me and I was answering questions about God as if I was a teacher of the Word!! Praise God for His Spirit, salvation and friendship!

I was raised in a Christian home. Both my parents were raised in the Catholic Church and after marrying, they experienced what Jesus spoke of ‘new birth’ in a Portuguese Evangelical Charismatic Church in the city of  Johannesburg, South Africa.

Both my parents had an evangelistic anointing upon them, and during my childhood and teens my parents started 4 churches.  Life at home was all about reaching the lost souls to the Lord and discipling them.

As a small child I remember going out into the streets of Hillbrow with a group of people from church, my mom playing her accordion and my dad with a megaphone preaching the gospel.  Some people were receptive to the gospel others would throw bottles and eggs at us from the balcony of the buildings.

I became a ‘street evangelist’ at 12 years of age.  It was school holidays. We were having a whole week campaign in the area of Johannesburg East where we were holding evening meetings in the church every day.  So during the day, my mom had me join the team and off I went with invitations on my hand inviting people for the evening services. I was the youngest evangelist on the field! It definitely caught the people’s attention.

Funny enough, here I was an evangelist during the day and in the church service at night, during the altar call, there I was repeatedly, giving my life to Jesus again.  So by day I was this great evangelist and by night a great sinner repenting for any possible sins I could have committed and maybe couldn’t remember.  I later learned better and understood that Jesus had saved me and that I didn’t need to continue giving my life to Him as I had done so already.

The passion for the lost has never died out.  Through the years, going through Bible School overseas in Portugal, being involved in full time ministry there for a number of years and then back into secular work, I finally met my wonderful husband. He was saved then and was the fruit of one of the churches where I laboured in the ministry.  We got married in Leiria, and God brought us back to South Africa where we came and study at Rhema Bible Training Centre.

The times have changed and so the methods for evangelism. We have better means, better tools and which are much more efficient. Where before one went ‘fishing’ one by one,  in our days, through technology, the internet, hundreds, thousands and millions can be reached to Jesus!

We believe the revelation of the Word of God isn’t only in one or two particular ministries but rather within the whole Body of Christ.  We refer below a list of International and National Ministries that are anointed and that have greatly influenced our lives:

Meditations of the Grace of God BLOG – Amélia Moinheiro

The  “Meditations of the Grace of God” are sent by email once a week, and its main objective is to reveal the person of Jesus Christ the Son of God.

They are based on the foundations of the Holy Bible, and all the Bible references referred to are indicated accordingly.  It is not about a religion, it is rather about  establishing a relationship with Jesus Christ.

The number of readers has grown from hundreds to thousands all over the world particularly where Portuguese is spoken!  We have received numerous testimonies of people that have been encouraged with the Word of God, received salvation, healing for their body and direction for their life.

Various readers have been greatly touched by God with these Meditations of Grace and have shared with us the impact it has had in their life.  Let us know what God has done in your life too or any prayer request you would like us to take before the Lord, you may leave a message on this blog.

May the peace of God, the love of our Lord Jesus Christ and the fellowship of the Holy Spirit be upon each of you!

“And this gospel of the kingdom will be preached in the whole world as a testimony to all nations”. Mathew 24:14

Amélia e António Moinheiro – Meditations of the Grace of God 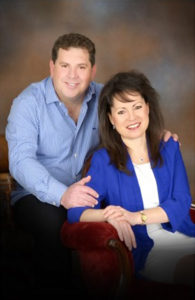